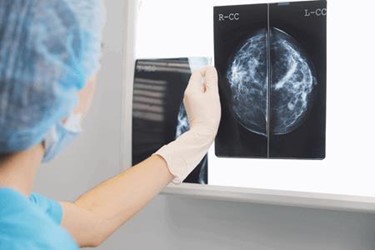 While the concept of RADAR (RAdio Detection And Ranging) is firmly entrenched in the common vernacular, the what and how of radar technology is not as broadly understood.

Radar technology detects, locates, and identifies objects by emitting radio waves, and then measuring the time intervals at which signals bounce back after those waves encounter objects in their path. Radar is one of the most precise and accurate ways to determine distance, but most people think of it only in the context of tracking large, moving objects — such as cars, planes, or missiles — which can often be located a significant distance from the radar unit. Yet, the use of radar to detect something very small, stationary, and in close proximity is transforming the treatment of breast cancer.

Breast conserving surgery effectively removes cancer cells while preserving as much healthy breast tissue as possible, providing patients with optimal cosmetic outcomes. To this end, the ability to precisely localize breast tumors within normal tissue is critical, allowing surgeons to perform effective breast conservation excisions and reducing the need for secondary surgeries to remove residual tumor tissue. With the increasing sensitivity of mammography, many tumors may be visible before they are large enough to detect by touch (known as non-palpable lesions). Women scheduled for surgical excision of non-palpable breast tumors undergo a localization procedure prior to surgery, during which the tumor’s location is localized so the surgeon knows which area of tissue should be excised.

Until recently, most localization procedures were performed using a wire that pierces the skin and is pushed into the lesion. However, because the wire extends outside of the breast, it may shift or dislodge, and can cause patient discomfort. Consequently, the wire-based localization procedure is performed the morning of the surgery to minimize both the time that the wire is in place and the chance it could migrate. The resultant need to coordinate localization and excision procedures can cause scheduling challenges in the radiology and surgery departments, and may lead to operating room (OR) delays. These delays can considerably lengthen the surgery day, which increases patients’ stress, causes staffing and operational issues, and adds to hospital costs. New localization technologies demonstrate clinical efficacy and operational improvements, and enhance patient satisfaction.

The ideal breast tumor localization technology comprises three critical elements. First, the technology must be able to detect the location of tumors at a range sufficient to enable localization for a wide range of tumor locations and breast sizes. Second, the technology must be able to localize tumors with a high level of precision and directionality to accurately guide the surgeon to the target during the excision procedure. Third, the localization technology should enable identification across multiple imaging modalities and allow clear differentiation from other structures and devices in the breast. Combined, these elements support the care continuum and improve the efficiency of delivering care.

Radar Development For Use In Human Tissue

The application of radar for use in human tissue is built on the “ultrawideband (UWB) revolution” started at Lawrence Livermore National Laboratory. UWB is a wireless communication technology that utilizes 50-1,000 picosecond pulses spread over a wide range of the electromagnetic spectrum,[1]excluding the part of the spectrum that includes radiation. Simultaneous carriage of data across a wide range of frequencies enables rapid transmission of large amounts of data, on the order of hundreds of gigabits per second. The combination of broad spectrum, low power, and very short pulses results in reduced interference with or from other devices, compared with other wireless technologies.

Unlike traditional radar, which sends out continuous waves of energy, micropower impulse radar (MIR) sends out extremely short UWB electromagnetic pulses, which can be detected by a high-speed receiver without interfering with other electronic equipment in the vicinity. MIR has the ability to penetrate human tissue with great accuracy. It is medically safe and compact, which makes it an attractive technology for medical device development. Today’s MIR uses include motion detectors, biometric sensors to monitor the health of military personnel in combat zones, and automobile systems for collision avoidance.

Radar technology achieves the three critical elements of a breast tumor localization technology. It has a detection range of 60 mm and enables unparalleled localization precision through real-time distance measurement.  Radar achieves accuracy of ±1 mm in 360 degrees around the target. Additionally, the reflectors used in radar-based systems have minimal artifact on magnetic resonance imaging scans and minimize interference with high-quality imaging technologies.

With radar-based localization of non-palpable breast lesions, an implant called a reflector, the size of a grain of rice, is placed in the target tissue. The reflector must be small enough to fit inside the target lesion, which is less than 2 cm in cases of breast conserving lumpectomy surgery, and the parts of the reflector that come into contact with tissue must also be made of biocompatible materials. The reflector developed for use with the SCOUT® Radar Localization System has a 4mm body and two 4mm nitinol antennae for a total length of 1.2 cm.

A key challenge in adapting radar for use in human tissue is designing the system so that the reflector can be differentiated from tissue, structures, and other implants.  The SCOUT System addresses this challenge by incorporating infrared light receptors into the reflector. When exposed to pulsatile infrared light emitted from the guide, the receptors convert the light to energy to modulate the echo return. This happens extremely fast as the radar emits 50 million pulses per second, essentially allowing the reflector to return a unique and detectable signal that enables the surgeon to “lock on” to the reflector and detect the target tissue during the excision procedure.

Other important considerations in developing radar for use in human tissue were the need for full OR compatibility and simultaneous use with other medical devices. A key reason that MIR was selected as the foundation for radar used in human tissue is that it can be operated with low power requirements and therefore has minimal potential to interfere with other OR equipment. Additionally, following a small number of cases that occurred early in clinical use in which contact between electrocautery devices used during breast lesion excision surgery resulted in reflector deactivation, an electronic surge discharge (ESD) diode was incorporated into the reflector design in order to address this issue. This modification has been highly effective in fully resolving this issue.

In addition to providing excellent surgical outcomes, radar-based localization offers several additional clinical benefits. The reflector is easily imaged, allowing for accurate placement and planning. The ability to place the reflector at the tumor site at any time during the continuum of care is driving improvements in efficiency by uncoupling radiology and surgery schedules, and giving these departments greater flexibility to meet patient needs while reducing or eliminating surgical delays.

This technology is the first and only non-radioactive implant used in wire-free breast tumor localization that can be implanted long term with no restrictions on the length of time the reflector can remain in the breast.  This will enable additional efficiencies by allowing localization procedures to be performed prior to neoadjuvant therapy or at the time of biopsy, which could eliminate the localization procedure performed closer to the time of excision surgery.

Physicians report high confidence when using radar-based localization and appreciate the consistent and predictable outcomes that can be achieved with a system that has a superior depth capability of 60mm and 360-degree and +/-1mm accuracy. The lack of reflector artifact on MR imaging also helps in the management of patients who are undergoing neoadjuvant therapy prior to their excision surgery.

Taken together these benefits position radar-based technology to become the wire-free standard of care technique for breast lesion localization. Most importantly, these benefits allow more women to receive optimized breast cancer treatment. And that is a goal that is on all of our radars.